It is pride moment for Aapno Jodhpur that, Jodhpur is declared the ODF city of Rajasthan in its first attempt only. Jodhpur is the second city in Rajasthan state after Udaipur, which becomes the first ODF city but in its second attempt.

After observation of Quality Council of India QCI, Ministry of Development declared the Jodhpur city free from defecation. Jodhpur is a second big city of Rajasthan that happened to ODF in an attempt while Udaipur got in the second attempt. Kota and Bikaner had to remain deprived of ODF even after survey.

This was the prime mission of Jodhpur Municipal Corporation (JMC) Mayor Shri Ghanshyam Ji Ojha to make Jodhpur as ODF city. In his mission, earlier there were only 22 wards out of total 65 wards were ODF. The Jodhpur Nagar Nigam (JMC) had decided to do ODF for remaining 43 wards. Corporation has been staged for three years for ODF.

READ Too: Swachh Survekshan 2018, Its Government Or Citizen Duty For Swachh Jodhpur

In the first phase, they constructed toilets by granting the funds to the houses and also constructed public and community toilets where toilets cannot be constructed in the house. Jodhpur Municipal Corporation has made 43 wards as ODF from November to December.

The ministry has already declared the City of ODF on 31st Dec 2018 at their level. Central Team started their survey after getting the formal application from the JMC.

The municipal corporation of Jodhpur has made its effort to convert the city into ODF. ODF comes under the department of Ministry of Drinking Water and Sanitation (MDWS). ODF is a mission comes under the project of Swachh Bharat Mission.

Technology has so progressed that most of the toilets have gone GeoTag.  By which one can detect nearby toilets through Google Map also.

Jodhpur gets the certification of the ODF, but still, some parts of the City are not free from defecation. There 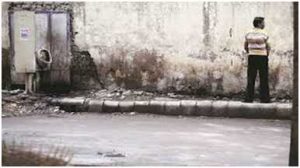 are still such areas where there are no toilets and people have to face the problems daily.  At some of the places, where toilets are available but people are not aware enough to use the toilets as they don’t know the importance of toilets in one’s lives and it cannot be denied.

A clean environment should be maintained for the good health of all humans and animals, as it completely depends on the atmosphere. Undoubtedly there are many toilets made by the government but there is no use if the people are not aware enough about the use of toilets.

Some people refuse to built toilets in their homes because they are used to go in the open. Some

people seem bad to built toilets in the houses. They are superstitious about many things and because of this, they believe that the toilets should not be constructed in their houses. Rather than this, most of the people are addicted to going out even after the facilities of toilets are available inside and outside their houses.

People also consider this as a custom of their ancestors. Some people don’t use public toilets because of their pathetic condition due to untidiness or not been cleaned on time. Toilets should also be clean and hygienic. Proper guidance through camps, personal interaction, etc can be provided to the citizens to know the importance of toilets.

People should know that if they don’t use the toilets water, food, and the soil will get polluted and it leads to diarrhoea and other serious health diseases. For the protection of one’s health, all should use the toilets for prevention of germs breeding in the environment.

Toilets are not only used for good health but also for one’s privacy, comfort, safety, and cleanliness.

We humans often get stuck in a hamster wheel of habit. We do things that are not good for us, remain where we shouldn’t and put ourselves through voluntary suffering all in the name of comfort. We don’t know these things are damaging because its normal to us. Many people want to be successful in […]

Dabangg Khan has done it again, topped the Forbes India Celebrity List 2018 for the third year in a row while other major superstars like A.R. Rahman, Rajnikant, Ranbir Kapoor and Anushka Sharma listed on 11, 14, 17, 16 respectively. The 52-year-old Bollywood with earnings of Rs 253.25 crore through his blockbuster films, many brand endorsements and television […]

The Unknown Facts About Mehrangarh Fort, Pride of Aapno Jodhpur

Salman Khan Gets 5 Year Jailterm In Blackbuck Poaching Case, Others Accused Let Off